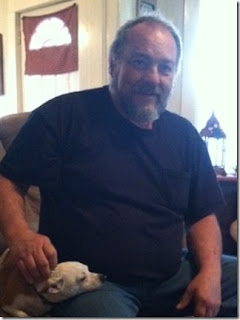 Pic enjoyed going to auctions and was a collector of fine auction memorabilia. He always made massive "to-do" lists. Most of all, he loved spoiling his dog Pete. He was a member of the Hillcrest Baptist Church in Richmond.

In addition to his parents, Franklin is preceded in death by nephews Brandon and Justin Peters.

A celebration of life service will be held on Saturday, November 7, 2015 at 1 P.M. at Braund Pope Funeral Home in New Madison, Ohio. Burial will be in Greenmound Cemetery. Family and Friends may visit from 11A.M. until the time of services at 1P.M. also at the funeral home. Memorial contributions may be made to Braund Pope Funeral Home.

Arrangements are entrusted to Braund Pope Funeral Home in New Madison. Online condolences may be sent to the family at www.braundpope.com
Newer Post Older Post Home