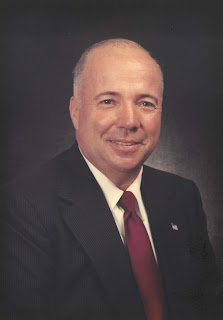 He was born on May 29, 1930 in DuBois, Pennsylvania to the late Robert Kinsey, Sr. and Miriam Braund.

A native of Philipsburg, Pennsylvania, Delbert enlisted in the U.S. Air Force at the age of 18 and traveled the world, “Compliments of Uncle Sam.” Specializing in radar and electronics, he worked on notable programs such as the B-26 Night Marauders in Korea, U2s in Panama with the Special Reconnaissance Group, Strategic Air Command Inspections Teams, the B52s, and retired after multiple tours in Southeast Asia with “Air America” and the C-130 Gunships with Doppler and FLIR radar. His military service awards and citations were extensive, highly impressive, yet rarely mentioned.

After a dedicated military career of 22 years, he returned to civilian life with his family in New Madison where he began running ambulance with the local funeral director. He then attended and graduated from Cincinnati College of Mortuary Science in 1975 at which time he bought and operated Storch-Braund Funeral Home in New Madison, serving families and the community for over 35 years.

His contributions to the community of New Madison and Darke County started with being on the first-run of the Tri-Village Rescue Squad on October 1st, 1973. He served as a Trustee of TVRS for over 20 years. He also faithfully served the New Madison Fire Department since 1968 wearing many hats, such as, Secretary and Public Liaison Information Officer. Delbert proudly served on the Ohio Funeral Directors Convention Committee for 30+ years and was a fixture at the entrance door. He served as Chaplain of American Legion Laroy Farst Post #245, and was a Darke County Veterans Services Commissioner for over 10 years. He officiated baseball, softball, football, basketball and wrestling for 47 years, and touched the lives of thousands of athletes.

A 60+ year life-member of the Randolph Masonic Lodge in Scheurtz, Texas, Scottish Rite of North America, and the Shriners. On November 11, 2007, he was surprised and humbled to receive the Presidential Outstanding Volunteer Service Award, which he cited as one of the highlights of his life.

Delbert is survived by his children, Gwendolyn K. (Barry) Tinkle of New Madison, and Delbert Jr. (Karen) Braund of Brookville; his grandchildren, Jeremy (Leslie) Tinkle, and Matthew Tinkle; his great grandchildren, Dakota and Devin; his sister, DeMaris Dixon of Philipsburg, Pennsylvania, his twin brother Devere Braund of Conroe, Texas; the mother of his children, Lois Braund of New Madison; his classmate and special friend, Marguerite Reed; numerous stepchildren and their families; and several nieces and nephews.

In addition to his parents, Delbert is preceded in death by his brother, Robert K Braund, Jr.; his sisters, Phyllis Rafferty, Jean Slother, and Ethel Stockley; and his wife of 30 years, Ruth Jane Braund.