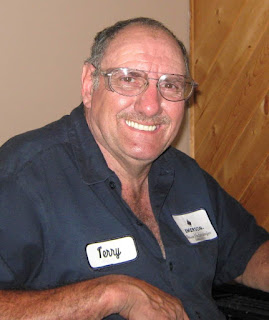 Terry Lee Ungericht, 68 of Union City, Indiana and formerly of Ansonia, passed away on Tuesday, September 18, 2018 at State of the Heart Care Center in Greenville. He was born February 20,1950 in Greenville, Ohio to late Earl & Vivian (Snyder) Ungericht.

In addition to his parents, Terry was preceded in death by his grandparents; sister: Sherry Ungericht Prasuhn; and his brother, Garry Ungericht.

A Celebration of Terry's Life will be held at 6:00 PM on Thursday, September 20, 2018 at 6:00 PM at Tribute Funeral Homes, Greenville Campus, with Pastor David Roth officiating.

Family will receive friends on Thursday from 3:00 PM until time of services at the funeral home.

Memorial contributions may be made to State of the Heart Care, 1350 N. Broadway, Greenville, Ohio 45331.