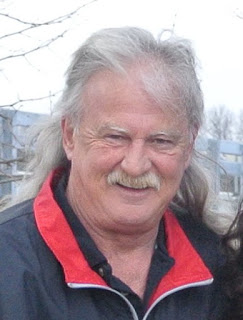 Michael “Mike” Lee Simon, age 64 of Troy, Ohio passed away at 2:14 AM on Christmas Day, December 25, 2019 at Kindred Hospital, Dayton, Ohio. Born in Lawrence, Illinois on February 20, 1955 he was one of 3 children to the late Paul W. Simon & Norma J. (Eagleson) Blesch. Mike was a graduate of Greenville High School, class of 1974. He then went on to graduate from Edison State Community College in 1986 where he earned his associates degree in Human Services. He was a drug & alcohol counselor for various places, including Upper Valley Medical Center (Dittmer Hospital) in Troy, Darke County Recovery Council, Shelby County Counseling Center and was a sponsor in AA. Mike was a member of the Church of Latter Day Saints, Piqua/Troy ward. He enjoyed playing and watching softball games, fishing, working outside, and helping others. His favorite holiday was Christmas. He would dress like Santa and pass out gifts to all the children at the hospitals, and in the neighborhood. He will be deeply missed. In addition to his parents he is preceded in death by his step-mother Carolyn Simon: step-father Howard Blesch: close friend, and “mentor” Carl Asher.

There will be private graveside services for Mike, burial at Oak Grove Cemetery, Fort Jefferson, Ohio. There is a Celebration of Life service on Saturday, January 4, 2019 from 6:00 PM-8:00 PM at Staunton Grange- 1530 N. Market St, Troy, Ohio 45373- Memorial contributions may be made to the Miami County Recovery Council; Lincoln Community Center; or the Franklin House, Family Abuse Shelter. Arrangements entrusted to the Zechar Bailey Funeral Home, Greenville, Ohio. Online memories at www.zecharbailey.com.