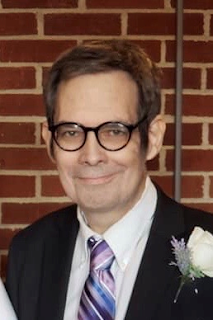 Zane Edward Kindley, age 56 of Greenville, Ohio passed away peacefully on November 26, 2019 at State of the Heart Hospice in Greenville, surrounded by his loving family. Zane was born on February 6, 1963 to the late Hazel and Earl Kindley. Zane valiantly battled Multiple Myeloma and renal failure for the past two and a half years.

Zane was a 1981 Tri-Village High School graduate. He received his bachelor’s degree from Ohio Northern University in 1985, and his Juris Doctor degree from The Ohio State University Moritz College of Law in 1988.

Zane was an attorney and had a deep respect and passion for the law. He spent his entire career helping as well as serving others. He was a leader among men and had the respect and admiration of all who knew him.

Zane worked in Butler County as the Assistant Director of the Butler County CSEA. He served on numerous boards and held multiple leadership roles on the local as well as state level. Prior to that, Zane served as Chief Legal Counsel for the Darke County Department of Human Services.

Zane was a devoted husband, father, and friend. His wife, children and grandchildren were his greatest sources of joy and pride. He was an incredible role model and taught us all how to live a full life of loving and serving others. He was one of “the helpers.” In his last two years, Zane was also given the task of teaching us how to die with dignity, honor, and God’s grace as his guide.

In addition to his parents, Zane was preceded in death by and infant grandchild.

Zane is survived by his beloved wife, Dawn, whom he married on August 3, 1991. They shared 28 years as best friends and partners in every facet of their lives. He is also survived by his precious children, Rachel Shoffstall and her husband, Matthew; Abigail Kindley, and Matthew Kindley, and his grandchildren Kaden, Reegan, and Mason Shoffstall, all of Greenville.

Zane was a member of St. Mary’s Catholic Church in Greenville. He was also a member of the Ohio Bar Association.

The funeral will be held at 11:00 AM on Saturday, November 30, 2019 at Zechar Bailey Funeral Home in Greenville with Minister Coleen Beasecker as celebrant. Burial will follow at Greenville Union Cemetery in Greenville, OH. The family will receive friends on Friday, November 29, from 4:00 to 8:00 PM and Saturday morning from 10:00 to 11:00 AM at Zechar Bailey Funeral Home. Memorial contributions may be made to The Cancer Association of Darke County, The Multiple Myeloma Research Foundation, The Leukemia and Lymphoma Society, The Arthur G James Cancer Hospital and Research Institute, or State of the Heart Hospice. Online sympathies www.zecharbailey.com.