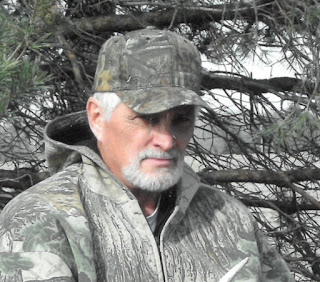 He was born on October 29, 1946, in Richmond, Indiana to the late Charles and Esther Miller.

In addition to his parents, Duane was preceded in death by his sisters, Iris Ballinger, Millie Short, and Juanita Cramer; and his brother, Charles Miller, Jr.

Duane was a Vietnam veteran and served his country honorably in the United States Army, where he received a Purple Heart, Vietnam Service Medal, the National Defense Medal, and a campaign medal. He was also a member of the Hollansburg American Legion, Post 708. Duane spent several years working for Sheller-Globe in Union City, Indiana, until it closed. He then began to work for Fram in Greenville until he retired in 2004.

Duane was a true outdoorsman who enjoyed anything outside, including hunting and fishing. He loved working in his greenhouse and garden during the spring and summer. Duane enjoyed woodworking and making gifts for his family and friends. He will be missed tremendously.

Duane is survived by his sister, Nancy Champ of Ansonia; his brother, Edward Miller of Lynn, Indiana; his daughters, Marie (Tim) Miller, and Amy (Chad) Koons, all of Greenville; his grandchildren, Chelsea and Eric Koons; his great granddaughter, Lillyan Koons; and his numerous nieces, nephews, and many good friends.

A celebration of life service will be held at a later date.

The family has entrusted Tribute Funeral Homes with the arrangements.