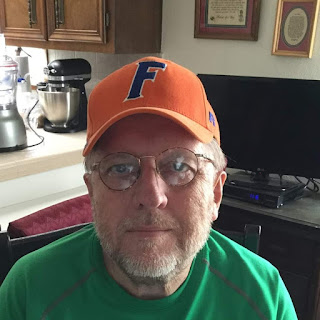 John Wayne Fletcher, age 72 of Greenville, Ohio passed away suddenly on December 31, 2019 at 12:24 PM at his home. Born in Greenville, Ohio on October 12, 1947 he was one of 5 children to the late John Roscoe & Esta Mae (Brinley) Fletcher. John had worked for over 20 years at Eikenberry’s grocery store, in Greenville, and the remainder of his work life in various factories. He was a proud United States Marine Corp veteran, and had served during the war in Vietnam. He was a member of the EUM Church in Greenville, as well as a member of the Moose Lodge #329. John enjoyed coaching his sons in Baseball, and never missed one of his grandchildren’s games. He enjoyed camping, and spending time with his family and friends; he will truly be missed. In addition to his parents, he is preceded in death by his sister Shirley Heindl: brother-in-law Duane Leis.


Friends may call on the family on Sunday, January 5, 2020 from 5:00 PM-7:00PM at the Zechar Bailey Funeral Home, Greenville, Ohio. Funeral services at 10:00 AM on Monday, January 6, 2020 at the funeral home with Pastor Paula Spear presiding. Burial to follow at Greenville Union Cemetery, Greenville, Ohio. If desired, memorial contributions may be made to the Darke County Cancer Association. Online sympathies www.zecharbailey.com.