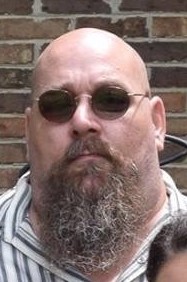 In addition to his father, Shawn was preceded in death by his nephew, Cade Hill; his mother-in-law, Geneva Henry; and his brother-in-law, Dale Beam.

Shawn had many passions in life. He loved nature and the outdoors, and enjoyed going camping and fishing. He had a great love of life and shared that love with everyone. However, the most important thing to Shawn was his family. He was a loving husband, father, papaw, son, and brother. His greatest passion was his grandchildren. He adored them and they adored him. Anyone who had the pleasure of knowing Shawn was greater for it, and the void left behind in their lives will never be filled.

Shawn is survived by his wife of 29 years, Tammy (Hickey) Howell, whom he married on October 11, 1990; his children, Samantha Myles of Indianapolis, Indiana, Jacob Howell and Ty Howell both of Greenville; his grandchildren, Laikyn Whittaker, Max Myles, Cannon Myles, Bently Howell, Zadie Mae Howell, Thomas Howell, and Dominic Howell; his sister, Gina Hill and her husband, Shayne, of Somerset, Kentucky; his brothers, Chad Howell and Gabe Howell, both of Union City, Ohio; his step-father, Greg Conklin of Union City, Indiana; and his brothers and sisters-in-law, Cindy Beam of Nicholasville, Kentucky, Angie Rhorer and her husband, David, of Nicholasville, Debbie Edwards, and her husband, Eugene, of Nicholasville, Don Hickey of Union City, Ohio, and Gary Hickey of St. Augustine, Florida; his niece, Niyah Hill; and several other nieces and nephews.

A Celebration of Shawn’s life will be held at 10:30 AM on Wednesday, January 15, 2020, at Tribute Funeral Homes, Greenville Campus, with Pastor Arnie Norton officiating. Burial will follow in Ansonia Cemetery.

Guests may visit with Shawn's family on Tuesday from 5:00 PM to 7:00 PM at the funeral home.