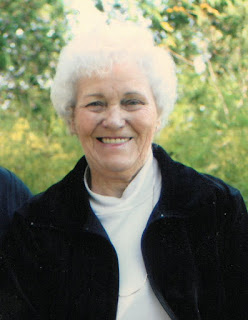 Norma is preceded in death by her husband Don, who passed away in March 2017. Don and Norma were happily married for 70 years. They were married on January 27, 1947 and celebrated their 70th anniversary in 2017. They had two daughters; Connie and Darrel Niekamp of Celina and Peggy Lundvall of Greenville. Norma also leaves behind grandchildren and great-grandchildren; Ric & Maria Niekamp with daughter Sofia; Doug & Tasha Niekamp; Tami & Chuck Rammel with children: Nathan, Rachel & Madeline; and Dan & (late) Sheree Niekamp with children Trent & Dylan; (late) Heather & Mark Bruner with children: Sydney & Wes. Norma is survived by sister Janet and brothers; Lawrence & David.

Norma was a loving mother and grandmother/great grandmother. She was an avid golfer. Golfing several days a week with Don until their late 80’s; always walking the course. Norma was also on a women’s golf league. She was a wonderful homemaker and a great cook & baker; cooking all the holiday dinners and always having homemade cookies for the grandkids. She always enjoyed canning & freezing food and every year made homemade applesauce and jelly. She kept her house surrounded by beautiful flowers and always enjoyed watching the Reds baseball.

A funeral service will be held at 11:00 a.m. on Tuesday, May 26, 2020, at the Bailey Zechar Funeral Home, Versailles, Ohio. Calling hours will be held from 10:00 a.m.-11:00 a.m. prior to the service. Burial will follow at St. Valbert Cemetery in Versailles. Memorial contributions can be made to the family, if desired.