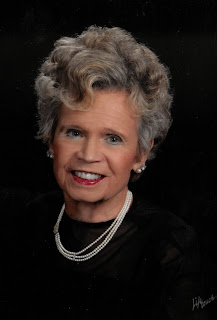 Berneice A. Baltes, forever known as Eldora Speedway's First Lady, passed away on Wednesday, February 24, 2021, at her home in New Weston at the age of 93.

In addition to her parents, Berneice was preceded in death by her beloved husband, Earl Baltes, whom she married on April 26, 1947; her brother, David Moeller; her brothers-in-law, Nicholas, Ralph and James Baltes; and her sisters-in-laws, Zelma Ernst, Rita Condon and Bertha Siegrist.

Berneice was a classy lady and enjoy tending to the landscape, especially her flowers. Berneice, and her husband, Earl, started Eldora Speedway in Rossburg, Ohio, where she managed the concessions for nearly 50 years and operated the Eldora Ballroom. She loved auto racing and the racing fans. Berneice was a member of the Dayton Auto Racing Fans and the National Sprint Car Hall of Fame. She was named the "Woman of the Year" by U.S.A.C race organization. Berneice had a love for music, especially Big Band. She was a lady of faith and an active member of St. Bernard Catholic Church in Burkettsville, where she was a part of the St. Bernard Lady's Guild.

Berneice is survived by her children, Starr (Joe) Schmitmeyer, and Terry (Dee) Baltes; her grandchildren, Chad, Tess, Joey, Josh, Kate, and Tish; her 13 great-grandchildren; her brother, Norman (Pat) Moeller, and her sister, Jeanette Fullenkamp; her sister-in-law, Susie Barga; and numerous nieces and nephews.

A Mass of Christian Burial will take place at 10:30 AM on Wednesday, March 3, 2021, at St. Bernard Catholic Church in Burkettsville, with Father John Tonkin and Father Santiago Gaynor as concelebrants. Burial will follow in St. Bernard Cemetery.

Memorial contributions may be given to the D.A.R.F. Injured Drivers Fund, 1361 Edinburg Drive, Troy, Ohio 45373.

Online condolences may be shared with family by visiting www.tributefuneralhomes.com.