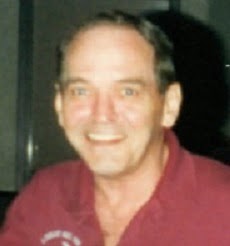 He was born June 10, 1940 in Greenville, son of the late Robert and Delores (Boyer) Thompson. In addition to his parents he was preceded in death by a sister, Dixie Beckett, and two brothers, Dwight and Tommy Thompson.

Joe was a bartender for the majority of his life as he enjoyed working with the public and just enjoying life. He bartended at the former Sater Lanes and retired from the Greenville Moose Lodge. He was a member of the Greenville Moose and the Moose Legion as well as the Sons of the American Legion.

Services will be held at 10:30 a.m., Wednesday, October 29 at the Oliver-Floyd Funeral Home in Greenville with Pastor Gary Oser. Burial will follow in the Greenville Union Cemetery.

The family will receive friends at the funeral home Tuesday from 5-8 p.m. with the Moose Lodge having a Lodge of Sorrow at 7:45 p.m. The family requests that memorial contributions be given to Heartland Hospice.