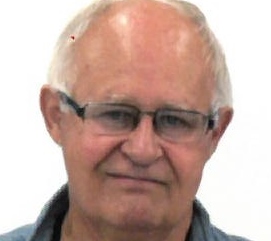 Fred Watern,75, of New Madison, passed away at Good Samaritan Hospital on August 19, 2016. Fred was born on November 13, 1940 in Dayton, Ohio, the son of the late Herschel Paul and Ruth Louise(Allen)Watern.

Fred is preceded in death by his parents.

Fred was an active member of the Harrison Street Baptist Church. He served his country honorably in the United States Army in the 101st Airborne Division as an Airborne Infantry Soldier. Fred retired from the United States Army Reserve with over 21 years of honorable service as a Sergeant First Class, Infantry Instructor with Co. A 2nd BN, 70th Inf Div(IT).During his tenure in the U.S. Army Reserve, Fred was called to active duty to serve during Operation Desert Shield/Desert Storm. Fred also retired from the Chrysler Corporation in 1992, after 30 years of loyal service.

Fred enjoyed woodworking, model trains and most of all spending time with his family and grandchildren. Fred was affectionately known as "Papaw Tractor" for his love of antique tractors and would always give his family tractor rides.

Fred was dearly loved by his family and his church family at Harrison Street Baptist Church.

Memorial contributions in Fred's honor may be made to the Harrison Street Baptist Church.