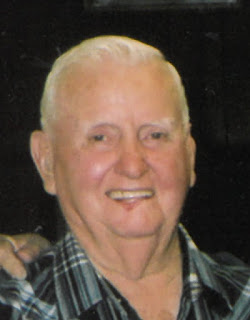 In addition to his parents, he was preceded in death by his brother, Dan and sister-in-law, Becky Moody; son-in-law, Tom Brumbaugh Sr.; and daughter-in-law, Jeana (Wion) Moody.

A veteran of the U.S. Army, he served during World War II from Dec. 8, 1944, to May 20, 1946 receiving a Bronze Star Medal. He was a member of the Ansonia American Legion and attended Teegarden Congregational Christian Church. A true horseman, he worked at New Idea in Coldwater for 43-plus years and retired as a foreman. He had also been vice president of the union at one time.

A Celebration of Life Service will be held at 11 a.m. Monday, July 25, 2016 at Oliver Floyd Funeral Home, Greenville, with Pastor Gordon Jones officiating. Burial, with military honors conducted by the Greenville Honor Guard, will follow in Greenville Township Memorial Garden.

Friends may visit Sunday from 4 to 6 p.m. at the funeral home.

Memorial contributions may be made to the Cancer Association of Darke County, P.O. Box 781, Greenville, Ohio 45331 or State of the Heart Care, 1350 N. Broadway, Greenville, OH 45331
Condolences may be left for the family at www.oliverfloyd.com
Newer Post Older Post Home