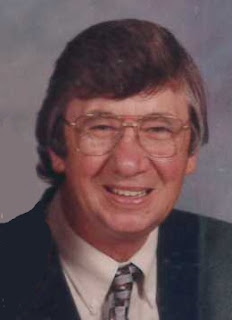 In addition to his parents he is preceded in death by his brother, Louie Maloy and sister, Rose Partridge.

There will be a Mass of Christian Burial held on Wednesday, July 27, 2016 at 10:30 AM at St. Denis Catholic Church, Versailles, Ohio, with Rev. Fr. Jim Simons, celebrant. Burial will follow in the Greenville Township Memorial Gardens, Greenville, Ohio, with the Versailles Veterans Honor Guard conducting a Graveside Military Service. Family will receive friends on Tuesday, July 26, 2016 from 4-8 PM as well as Wednesday from 9-10 at Bailey Zechar Funeral Home, Versailles, Ohio.