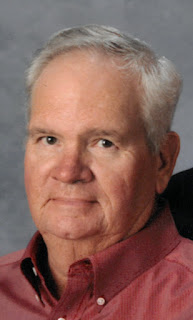 Charles Robert Anthony, 72, of Greenville, passed away on March 4, 2018 at Kettering Medical Center in Dayton.

Charles was born on February 26, 1946 in Greenville, the son of Bob M. Anthony of Greenville, and the late Dorothy (Kuhnle) Anthony.

In addition to his mother, Charles was preceded in death by his brother, Steven “Pee Wee” Anthony.

Charles led an active and fulfilling life. He was a member of Greenville Masonic Lodge and Antioch Shrine of Dayton. He was a member of St. Paul’s Evangelical Lutheran Church in Greenville and was president of Darke County Shrine Club in 1993. Having grown up in a motorcycle family, Charles participated in amateur flat track racing during the 1960’s and later, in the 1970’s, he was a deputy referee for AMA sanctioned flat track motorcycle races. In his youth, Charles was a Boy Scout and later became a Scout leader.

Charles served his community as a firefighter for the Greenville Fire Department for 25 ½ years and was a certified EMT before retiring on August 17, 1994. After retiring from the fire department, he worked for Simplex/Grinnell and RTF Fire Protection Systems. Eventually Charles decided to actually retire and spent his time working in his yard, he was a stained glass artesian, and golfed with his "Geezer" buddies at Turtle Creek Golf Club. He loved to volunteer for the Darke County Visitors Bureau. Charles and Barbara loved to travel through the years and loved spending time with friends and family.

In addition to his father, Charles is survived by his wife of 48 years, Barbara (Epperly) Anthony, whom he married July 5, 1969 at Trinity Lutheran Church in Versailles; his brothers and their spouses, Denver “Denny” and Diane Anthony and Michael and Joann Anthony, all of Greenville; his sister, Linda Sue “Susie” Anthony of Greenville; his brothers-in-law and their spouses, Robert and Patsy Epperly of Greenville, Gene and Joanne Epperly of Versailles, and Wayne and Jen Epperly of Cypress, Texas; and numerous nieces, nephews, great nieces and nephews, and great-great nieces and nephews.

A Celebration of Charles’ life will be held at 10:30AM on Saturday, March 10, 2018 at Tribute Funeral Homes, Greenville Campus.

Family and friends may visit on Friday, from 4:00PM to 7:45PM at the funeral Home with a Masonic service will be held at 7:45PM.