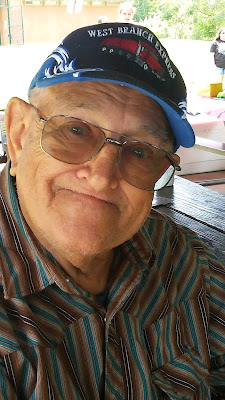 Glenn Leon Cole, 91, of Greenville, passed away on March 8, 2018 at Reid Hospital in Richmond, Indiana.

Glenn was born on December 11, 1926 in Lewisburg, Ohio, the son of the late Ira and Hazel (Mangas) Cole.

In addition to his parents, Glenn was preceded in death by his wife, Elaine Cole; his daughters, Janet Cole and Ruthanne Dickey; his brothers, Joe Cole, Paul Cole, and Charles Cole; and his son-in-law, Keith Wright.

Glenn was a life-long resident of Arcanum. He enjoyed bowling, fishing, playing horseshoes, and watching NASCAR, especially Dale Earnhardt Sr. and Jr.. He retired form Dana Corp. in Richmond, Indiana after over 20 years of service.

Private graveside services will be held at the convenience of the family.

Family and friends may visit on Tuesday, March 13, 2018 from 5PM to 8PM at Tribute Funeral Home, New Madison Campus.

Memorial contributions may be made to Glenn's family to help offset funeral expenses.