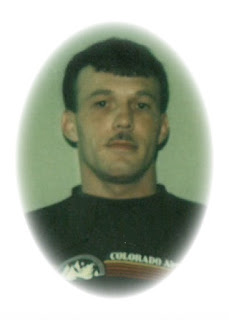 Louis Leon Mader, age 64, of Greenville, Ohio, passed away peacefully surrounded by his family on Monday, March 5, 2018 at 8:36 PM at his residence. He was born on April 29, 1953 in Celina, Ohio, to the late Leon Charles Mader and Janet (Grise) Kirkland.

In addition to his parents he is preceded in death by his sister, Wanda Marshal; brother, Charles Mader; niece, Kelly Dean; nephew, Gary Marshal and brother in law, Rick Dean.

Lou retired from Fram and was a member of the United States Navy. He entered active duty on August 26, 1971 where he served in the Vietnam War and was honorably discharged on September 5, 1973.

There will be a Mass of Christian Burial held on Saturday, March 10, 2018 at 10:30 AM at St. Bernhard Catholic Church in Burkettsville, Ohio, with Rev. Fr. Jim Smith celebrant. Burial will follow in the St. Bernhard Catholic Cemetery, Burkettsville, Ohio, where there will be a Military Graveside Service conducted by the Greenville Veterans Honor Guard. Family will receive friends on Friday, March 9, 2018 from 6-9 PM at Zechar Bailey Funeral Home, Greenville, Ohio.

It is the wishes of the family that memorial contributions be given to the GIVE Medical Ministry in Covington, Ohio, or Hospice of Miami Valley.


Condolence for the family may be sent through www.zecharbailey.com