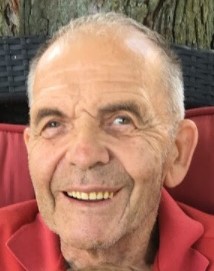 Charles “Butch” Sanders, 75, of Greenville, Ohio passed away on Thursday, December 20, 2018 at State of the Heart Care Center in Greenville.

He was born on April 14, 1943 in Darke County to the late Charles and Mary (McGreevey) Sanders.

Butch was a lifetime dairy farmer, until he retired in 2008. He spent his time on the farm tending to his cows and family, which he loved so dearly. During the little free time that he had, Butch enjoyed spending time outdoors, hunting and fishing. He was a proud member of the Western Ohio Coon Hunters Association and the National Rifle Association. Butch was also a faithful follower of Christ, where he served his church, the Beamsville Christian Church, as a Deacon and usher. Each year, Butch looked forward to attending The Great Darke County Fair.

A Celebration of Butch’s life will take place on Saturday, December 22, 2018 at noon at Tribute Funeral Homes, Greenville Campus, with Pastor Steve Short officiating. Burial will follow at the Greenville Township Memorial Gardens.

Family and friends may visit from 10:00 AM until the time of service at the funeral home on Saturday.

In lieu of flowers, the family request that memorial contributions be made to Beamsville Christian Church, 6102 Beamsville - Union City Rd, Greenville, OH 45331.