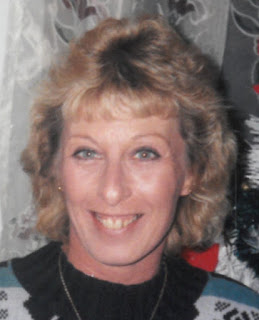 In addition to her parents, Loretta was preceded in death by her daughter, Christie Lynn Williams; her step-father, John Boner; her step-mother, Charlotte Smith; her father-in-law, Gary Lee Bowman; and her sister-in-law, Faye E. Heitkamp.

Loretta had a fun-loving spirit. In her youth, she loved to dance and always had the "coolest" cars. She had a great love of animals especially her dog Sunny, her cat Chloe, and her horse What-A-Dish. Loretta was the hardest working person you have ever met. She worked at Corning from 1976 until it closed in 2002, then for GTI from 2002 until her passing, as a forklift operator for both employers.

Loretta, had a heart of gold and would do anything she could to help someone in need. She always put others ahead of herself and was the first person to call and make sure you were okay. She loved her family and dedicated her entire life to enjoying them. Loretta was always there and supported her neices and nephews. She looked forward to planning family vacations and absolutely adored her grandchildren. She enjoyed playing boardgames with them and watching her favorite TV show, The Young and The Restless. It is impossible to sum-up Loretta's life in a couple of paragraphs, but if we had to try, she could be described as amazing, strong, beautiful, and full of hugs and kisses.

A Celebration of Loretta's life will be held on Monday, December 31, 2018 at 7PM at Tribute Funeral Homes, Greenville Campus, with Rev. Eric Fee officiating.

Family and friends may visit on Monday from 4PM until the time of the service at the funeral home.