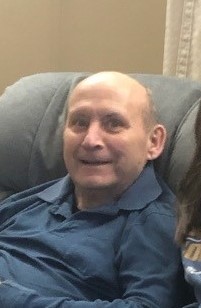 Michael “Mike” Lee Garbig, 74, of Greenville, Ohio, passed away on Tuesday, November 10, 2020, at the Brethren Retirement Community in Greenville.

He was born on April 4, 1946, in Greenville to the late Charles and Florence (Ward) Garbig.

In addition to his parents, Mike was preceded in death by his brother, Bud Garbig, and his sister, Joan Gray.

Mike was a 1964 gradate of Greenville High School. After school, he joined the United States Navy, where he honorably served his country. Mike returned to his hometown and served his community as a Greenville Firefighter. He retired from the firehouse in 1997 with 24 years of service.

In his free time, Mike enjoyed fishing on Lake Erie. He appreciated cars and liked to watch Indy car races. He loved his family and enjoyed teasing them from time to time. It was not uncommon to see Mike and his grandchildren at Teaford’s Dairy Store getting candy.

Mike is survived by his wife of 53 years, Jaylene (Wright) Garbig; his daughters, Leslie Rhoades and her husband, Doug, of Greenville, and Kelly Garbig of Waterford, Michigan; his grandchildren, Hannah, Sarah, Samuel, and Carrie Rhoades, all of Greenville; his sister-in-law, Malinda McDuffee and her husband, Steven; his brother-in-law, John Wright; and his beloved dog, Ellie.

A private graveside service will take place at the convenience of the family at Greenville Union Cemetery.

Memorial contributions may be given to State of the Heart Care, 1350 North Broadway Street, Greenville, Ohio 45331.