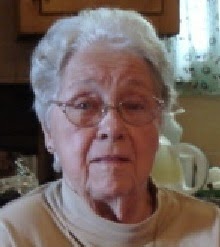 Thelma was born in Delaware County, OH on March 19, 1922 to the late Clyde & Florence Grey Brown; was a member of the Oakland Church of the Brethren; past Cub Scout Leader; past FHA mom; active participant in all her children's activities; and she was such a thoughtful baker and graciously shared her goodies.