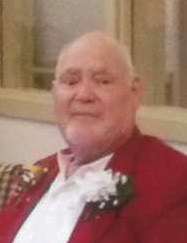 He is survived by his wife, Twila (Hyer) Oldham of Greenville; children and their spouses, Christine & Michael Gehron of Vandalia, Ohio, Jacqueline & Richard Voisard of Versailles, Ohio, Bruce & Linda Laub of Covington, Ohio, and Marlene Laub of Versailles, Ohio; 9 grandchildren; 7 great grandchildren; brother and sister in law, Larry & Denise Laub of Covington, Ohio; as well as numerous nieces and nephews.

In addition to his parents he is preceded in death by his brother, James Laub.

John worked as a truck driver for Weaver Brothers in Versailles for 30 years as well as a dispatcher for Carl Subler Trucking. He was a member of the United States Marine Corp. He was a member of the Versailles Eagles, AM Vets Post 66, Greenville VFW, American Legion, Versailles Christian Church for over 50 years where he was baptized on April 2, 1955. He was a 1955 graduate of Versailles High School and was an avid collector of sports memorabilia and antique model trucks.

There will be a service held on Wednesday, September 14, 2016 at 10:30 AM at Bailey Zechar Funeral Home, Versailles, Ohio, with Pastor Nick Dimmick officiating. Burial will follow in the Newcomer Cemetery, Darke County, Ohio, where a Military Graveside service will be conducted by the Versailles Veterans Honor Guard. Family will receive friends on Tuesday, September 13, 2016 from 3-8 PM at the funeral home.