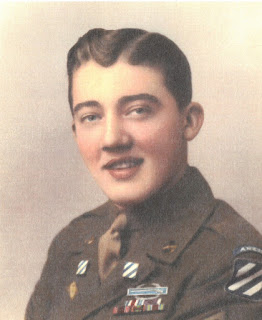 In addition to his parents he is preceded in death by his loving and devoted wife of 65 years, Mary Lou (Sackett) Marker.

Dale is a member and past commander of the Veterans of Foreign Wars, American Legion and served on the Greenville Veterans Honor Guard. He was a well known Franklin Township farmer, a member of St. John Lutheran Church, a retired Franklin Monroe school bus driver, and a retired Franklin Township Trustee. He was a life member of the Disabled American Veterans and the Veterans of Foreign Wars. Dale was a member of the United States Army serving in World War II where he was honorably discharged on November 11, 1945 as a Private First Class. He enlisted on March 6, 1943 as a light machine gunner in Company L of the 15th Infantry Regiment of the 3rd Division where he fought four campaigns. He was wounded on the Anzio Beachland in Italy and received a second wound near Epinal, France. Dale received many awards during his service to our country including the Combat Infantry Badge, Silver Star Medal for gallantry in action, Bronze Star Medal for meritorious service in ground combat, Purple Heart Medal with one bronze cluster, Good Conduct Medal, Middle Eastern Campaign Medal with four campaign Bronze Service Stars and Bronze Arrowhead for invasion, Army of Occupation Medal with Germany clasp, French Fourragere, Presidential Unit Citation and World War II Victory Medal. Dale was inducted into the Ohio Military Hall of Fame for Valor on May 3, 2013.

There will be a service held on Saturday, February 3, 2018 at 11:00 AM at Zechar Bailey Funeral Home, Greenville, Ohio, with Rev. Dr. Fred Bernhard officiating. Burial will follow in the Newcomer’s Cemetery, Darke County, Ohio. Family will receive friends on Friday, February 2, 2018 from 5-8 PM at the funeral home. A full military service will be conducted by the Greenville Veterans Honor Guard on Saturday at the funeral home.

It is the wishes of the family that memorial contributions be given to the Greenville Veterans Honor Guard. Condolence for the family may be sent through www.zecharbailey.com