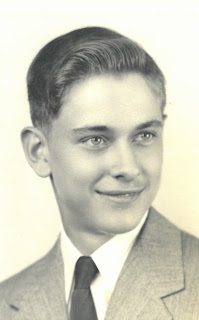 Jack L. Riegle, 81, of Greenville, passed away on February 2, 2018 at State of the Heart Care Center in Greenville.

Jack was born on October 22, 1936 in Greenville, the son of the late John C. and Eleanor (Baughman) Riegle.

Jack served his country honorably in the United States National Guard and was a member of Ansonia United Methodist Church. Jack enjoyed spending time with his devoted wife and family. He had a love for working outdoors going back to his days on his family's poultry farm, John C. Riegle & Sons in Ansonia. Jack was a long-time Darke County farmer, a self-employed truck driver and, later in life, worked and retired from the Ansonia Lumber Company.

In addition to his parents, Jack was preceded in death by his son-in-law, Jeff Spencer and his sister-in-law, Candy Riegle.

A Celebration of Life service will be held at 10:30 AM on Thursday, February 8, 2018, at Tribute Funeral Homes, Greenville Campus, with Pastor Roger Emerson officiating. Burial will follow in Greenville Cemetery.

Family and friends may visit on Wednesday, from 3 PM to 7 PM at the funeral home.