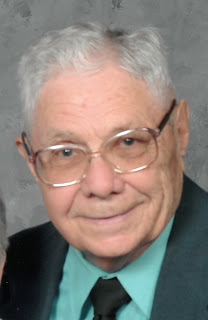 Wallace R. "Jack" Seiber, 91, of Greenville, passed away on February 22, 2018 at State of the Heart Care Center In Greenville.

Jack was born on November 15, 1926 in Harlan, Kentucky, the son of the late Robert and Lola (Hill) Seiber.

In addition to his parents, Jack was preceded in death by his wife, Marilyn A. Seiber; his siblings, Randall Seiber, Thomas Seiber, Margaret Toops, and Bobbie Elam.

Jack served his country honorably in the U.S. Navy, during the WWII Pacific Campaign, aboard the USS Downes. He served the city of Greenville as a police officer for 10 years, then became the Juvenile Probation officer for Darke County. Jack was a member of the Greenville Missionary Church.

It was Jack's wishes to be cremated and buried at sea.

Memorial contributions may be made to State of the Heart Care, 1350 N. Broadway, Greenville, Ohio 45331