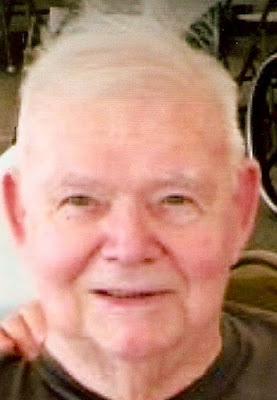 Jay was born on November 6, 1927 in Richmond, Indiana, the son of the late Carl and Maude (Cox) Moore.

In addition to his parents, Jay was preceded in death by his wife, Emogene (Humphrey) Moore; his son, Sammy E. Moore; his daughter, Pamela Sue Karuba; his grandson, Jason Robert Moore; and his sisters, Betty Foster and Corrine Apple.

Jay served his country honorably in the United States Army, and was a member of the Hollansburg American Legion Post #708. He was a member of the New Madison Masonic Temple and the Darke County Shriner's Club. Jay had served as mayor and fire chief for the Village of Hollansburg for several years. He retired from Holly Farms / Tyson Chicken.

A Celebration of Life service, with full military honors being performed by the Greenville Honor Guard, will be held at 12 PM on Saturday, February 17, 2018, at Tribute Funeral Homes, New Madison Campus, with Pastor Sam Shilot officiating. Burial will follow in Hollansburg Cemetery.

Family and friends may visit on Saturday from 10 AM to 12 PM at the funeral home.