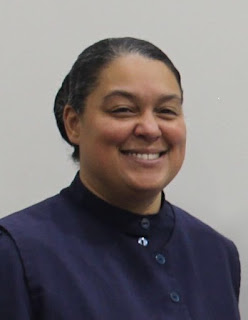 A Mother in Israel, Our sister, fellow saint, and helper in the Lord,  Lucretia Michelle Hargrave, unto her unspeakable awe and delight was received into eternal paradise the morning of Tuesday January 26, 2016, in Greenville Ohio. This faithful saint and mother of nine children was born again by the power of God in 1995. In that year she willingly, irrevocably and unconditionally turned her back to all the world of sin and lived in such a way that family, friends and all who knew her fully comprehended where she stood. She was wed to her husband, Randall Pierre Hargrave, on July 29, 1995. Her price was truly far above rubies and she blessed us all with her motherly presence. The scripture says that her children arise up and call her blessed. Along with her own biological children is a host of "children" from ages 16 and younger whom Sister Lucretia assisted into this world. Yes, many are the children whose infant bodies were first held by this mother in Israel. These children can now rise up as a witness and "call her blessed" saying truly, "She was my deliverer!"