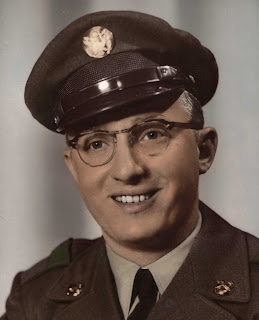 Richard A. “Dick” Fletcher, 86, of Greenville, Ohio, passed away peacefully surrounded by his family. Thursday, February 04, 2016, at the State of the Heart Hospice Care Center in Greenville.

He was born April 14, 1929, in Darke County, Ohio, a son of the late Harry and Eva (Aten) Fletcher. In addition to his parents, Dick was preceded in death by 3 brothers, Herman Fletcher, John “Rock” Fletcher and Chester “Chet” Fletcher; 3 sisters, Frances Wilt, Norene Renfro and Thelma Fletcher.

Dick entered the United States Army in May of 1951 when he was 22 years old. He worked for Wilson Auto Sales (Studebaker’s) until they sold. Then he went to work for Myron Chambers at the Sohio Filling Station until they sold. Following his employment with Sohio, he worked for Dairy Maid until they closed. He then went to work for Permacrete and stayed there until he retired in 1988. Dick could never really retire and was soon looking for something to do. So he started working for Eikenberry’s part time and then finished his retirement career at Oliver-Floyd Funeral Home. Dick was a lifelong member of the American Legion and attended the Greenville Missionary Church.

Dick is survived by his wife Charlotte (Eubank) Fletcher whom he married March 17, 1955. He is also survived by several nieces, nephews and a large extended family.

A Celebration of Dick’s life will be held 10:30 AM Tuesday, February 9, 2016, at Greenville Missionary Church, 1110 N. Broadway Street, Greenville, with Pastor Gary Oser officiating. Burial will follow in Abbottsville Cemetery. Family and Friends may visit on Monday, February 8, from 5 – 7 PM at the Oliver-Floyd Funeral Home.

Memorial contributions may be made to State of the Heart Hospice, 1350 N. Broadway Street, Greenville, Ohio 45331 or any charity the donor wishes.