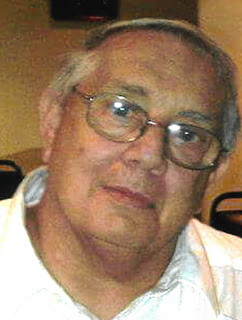 He was born Sunday, September 28, 1947 in Greenville, Ohio, a son of the late Lawrence and Alice (Smith) Kiser.

In addition to his parents, Bill was preceded in death by his brother, James O. Smith, his two sisters, Barbara DeBoard and Doris K. Kiser and his son-in-law, Michael Hogg.

Bill was a volunteer firefighter for the Pitsburg Fire Department. He was a diesel mechanic for Royal Crest Distributors for 20 years and for Armsway Tank Transport for 5 years, and retired from S & H Auto Repair. Bill loved NASCAR and had once owned a car which he raced at Eldora. Bill was a jolly ol elf who loved Christmas and was an avid collector of Christmas villages and animated Christmas characters. He could often be found enjoying his western movies.

A Celebration of Life Service will be held at 2:00 PM on Wednesday, February 1, 2017 at Oliver Floyd Funeral Home in Greenville with Rev. Eric Fee officiating. Burial will follow in Greenville Township Memorial Gardens.

Memorial contributions may be made to the family to help offset medical and funeral expenses.