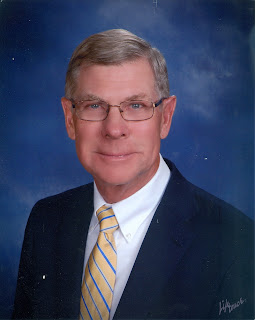 Dave was a 1966 graduate of Mississinawa Valley High School. After graduation, he attended the University of Dayton where he graduated with his Bachelor of Technology in 1970. Dave began his career in 1970 with the Ohio Department of Transportation as a Professional Engineer until his retirement in 2004 with 34 ½ years of service.

Dave was an avid farmer. He enjoyed tending to his crops and maintaining his machinery. When Dave was not on the tractor, he was rooting for his alma mater, the UD Flyers basketball team. He loved his family and enjoyed supporting his children and grandchildren in all that they did.

Dave lived out his faith daily. He fell in love with the Bible and would spend time each day reading God’s word. He was a member of St. Mary’s Catholic Church in Greenville and a member of the Greenville Knights of Columbus, Council 1796.

Guests may visit with Dave’s family on Tuesday from 9:00 AM until 11:00 AM at Tribute Funeral Homes, Greenville Campus.

Because of Dave’s 11 ½ year fight with cancer, his family requests that memorial contributions may be given to the Gastrointestinal Oncology Fund at The Ohio State University Foundation, fund #313361, P.O. Box 710811, Columbus, Ohio 43271 or online at giveto.osu.edu.