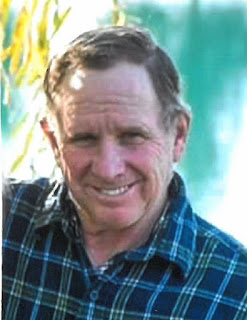 In addition to his mother, he was preceded in death by a sister Beverly Francis.

Larry graduated from Greenville High School in 1973.  He attended St. Mary’s Catholic Church of Union City, Indiana.  He was known by many for his hard work ethic.  He worked alongside his father Carl up until the time of his death.  He enjoyed fishing, camping, spending time with his grandkids, cutting firewood and ending his days by the wood stove in his shop with his dad.  Larry will be deeply missed by his family and friends.

Mass of Christian Burial will be at 10:00 AM Saturday February 20, 2021 at the St. Mary’s Catholic Church 425 West Hickory Street Union City, Indiana with Father Peter Logsdon as celebrant.  The family will receive friends on Friday February 19, 2021 from 6:00 PM until 8:00 PM in the Zechar Bailey Funeral Home Greenville, Ohio.  Father Logsdon will be reciting the Rosary Friday evening at 8:00 PM in the funeral home.