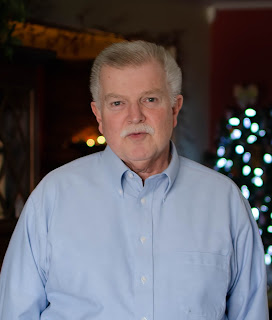 Terry Lee Cassel peacefully went home, to be with the Lord, Tuesday, February 16, 2021. His parents, Virgil Sylvester and Serena Elizabeth Cassel, having passed before him, joined in the heavenly celebration.

Also preceded him in death was his brother, Jerry (Shirley) Cassel, and father-in-law, Ralph Mumaw.

Born in Greenville, January 1, 1949, he lived a full life enjoying boating, traveling with great friends, and hosting lasagna parties with his wife Linda (Mumaw), whom he married May 31, 1985.  After earning his Organ Performance Degree from Taylor University in 1971, he taught in the Cambridge City School system. He also enjoyed working alongside his father in the family business, Cassel Insurance Agency, and later branched out with his own firm, Bradford-Greenville Insurance. He returned to his teaching roots in the early 1990’s directing the Valley View Show Choir and teaching general music to junior/senior high school classes.

There was not a day that went by that he did not enjoy his profession of music - teaching and performing.  He spent most of his life filling the sanctuaries of local churches with traditional organ music. He was abundantly, musically talented. It was a joy for him to perform with the Mormon Tabernacle Choir during a Christmas Spectacular.  For many years, he played Christmas concerts, directed The Oratorio Society, Handel’s Messiah, and numerous dinner theater programs in the community.

Memorial contributions may be given to the Cancer Association of Darke County, P.O. Box 781, Greenville, Ohio 45331.