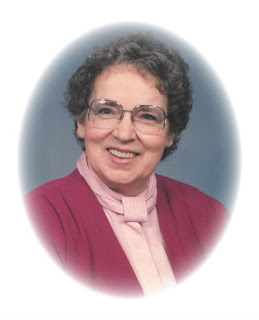 Ruby Earline Wagner, age 89 of Greenville, Ohio passed away at 9:08 AM Tuesday February 23, 2021 at the Village Green Healthcare facility in Greenville.  Ruby was born May 2, 1931 in Bradford, Ohio and the daughter of the late Creele Estel Arthur and Susannah (Lavy) Sell.

Ruby was retired from the Rest Haven Nursing Home where she had been employed as the Kitchen Manager/Food Service Supervisor for 25 years.

In addition to her parents, she was preceded in death by her husband Eugene Bradford Wagner December 29, 2017.  They were married June 14, 1958.  Also her daughter-in-law Barb Wagner, brothers Lester Sell and Calvin Sell and sisters Martha Miller Emrick and Edith Howell.

Funeral Services will be held at 10:00 AM Saturday February 27, 2021 in the Bailey Zechar Funeral Home Versailles, Ohio with Mr. Stephen Britsch officiating.  Burial will follow in the Oakland Cemetery near Bradford.  The family will receive friends on Friday February 26, 2021 from 5:00 PM until 7:00 PM in the Versailles funeral home.

In lieu of flowers, it is the wishes of the family that memorial contributions be given to the Pilot Dogs, Inc. (Guide dogs for the blind), 625 West Town Street, Columbus, Ohio 43215, (614) 221-6367, www.pilotdogs.org. Condolences for the family may be sent through www.zecharbailey.com.