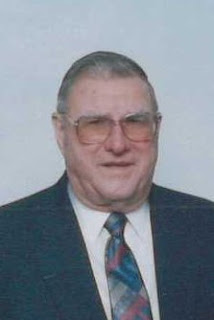 He is preceded in death by his parents, his first wife Trudy, his second wife Cora, and his brother Clarence Mullen.

Art was retired from the United States Air Force with 21 years of service to his country. After his retirement from the Air Force he was employed by Firestone Tire and Rubber Company. In 1977 he and his son Jim opened Mullen’s Firestone business in Covington, Ohio.

He was a member of the Darke County Chamber of Commerce and of the Greenville and Covington Kiwanis Clubs.

Art was a member of the First Baptist Church of Greenville, where he served as a Deacon, Trustee, Treasurer, and Statutory Agent of the church.

It is the wishes of the family that memorial contributions be given to State of the Heart Hospice or Darke County Cancer Association. Condolences for the family may be expressed through www.zecharbailey.com