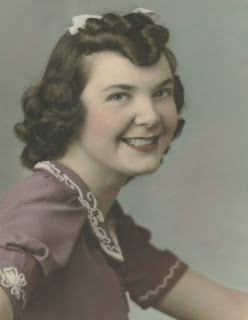 Lenore Richards, 88, of Greenville, passed away on September 7, 2013 at Rest Haven Nursing home in Greenville. Lenore was born in Licking County, Ohio on April 22, 1925 to the late Bryan and Margaret Cummings.

In addition to her parents, Lenore is preceded in death by her husband, Ray Richards; two brothers, Robert Cummings and Jerry Cummings; a daughter Janet Richards and a granddaughter, Margaret Richards.

A Celebration of Life service will be held on Saturday, September 14, 2013 at 2:00 PM at Braund Pope Funeral Home with Rev. Eric Fee officiating. Family and friends may visit on Saturday, September 14th from 12 - 2 PM before the celebration at the funeral home. The family request memorial contributions be given to Youth for Christ of the Miami Valley or The Gideons International in honor of Lenore.