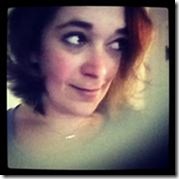 Margaret Marie Richards, 32, of Greenville, Ohio went to be with the Lord on August 30, 2013 at James Cancer Center after a valiant battle with cancer. Margaret was born in Dayton, Ohio on May 15, 1981 to Scott and Joyce (Schafer) Richards.

Margaret was a graduate of Greenville High School. She had worked for her dad at Richards Construction, Gade Nursing Home, GTI, Camp Otterbein and Camp Widewater in Ohio. She had also worked at Hole in the Wall Gang camps in Connecticut and most importantly was recently focused on “coffee with friends”.

Margaret met life with lots of passion. She was passionate about the cause of Christ and her own relationship with God remains an example for others to pursue. She was also passionate about people. You never left her presence without feeling better than when you arrived. Time spent with Margaret was sure to be infused with laughter, hope and love. She was a courageous individual that spent her time loving others and loving Christ. Margaret lived her life to meet Jesus and was victorious in her battle – exemplifying grace and dignity in all she did.

Margaret was artistic and creative. She loved animals, especially llamas, owls and turtles – or cooters as she lovingly referred to them. She was proud of her Celtic lineage and enjoyed spending time with friends and family.

Margaret is preceded in death by grandparents, Don and Elizabeth Schafer; a grandfather, Ray Richards; and an aunt, Janet Richards.

A celebration of life service will be held on Friday, September 6, 2013 at 11:00 AM at EUM Church, 1451 Sater Street in Greenville with Rev. Eric Fee and others officiating. The family will receive friends on Thursday, September 5, 2013 from 5-9 PM also at the church. The family requests memorial contributions be given to Miami Valley Youth for Christ, Cancer Association of Darke County or The Gideons International.