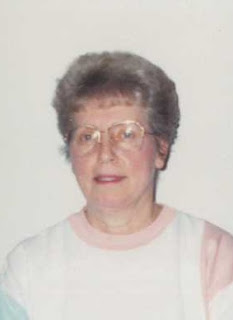 Martha Jeanette Rhoades age 81, of Rossburg, Ohio passed away on Friday, August 30, 2013 at her residence. Jeanette was born May 11, 1932 in Union City, Indiana to the late Ora & Elsie (Stump) Livingston.

In addition to her parents, Jeanette is also preceded in death by her husband, H. Royce Rhoades on October 8, 2007 whom she married August 1, 1953; and brothers, Melvin and Thurman Rhoades.

Jeanette was a homemaker and seamstress. She was a member of Community United Methodist Church and WSCS of the church.

A private funeral service will be held at the convenience of the family at Zechar Bailey Funeral Home in Greenville with Pastor Mitch Arnold officiating. Burial will follow in Lisbon Cemetery near Union City, Indiana. Memorial contributions may be made to the Darke County Special Olympics. Condolences for the family may be expressed through www.zecharbailey.com