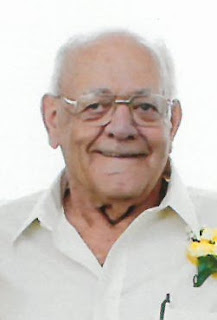 In addition to his parents he is preceded in death by his first wife, Carolyn Musselman; sons, Chad M. “Bubba” Musselman and Mike Musselman; and siblings, Wilma Musselman, Judy McWhinney and Robert Scheiding.

Charlie was a diesel mechanic for 32 years and was a member of the United State Army serving in the Korean Conflict. He was a member of the VFW and Teamsters. He was a Boy Scout Leader for many years and enjoyed camping, fishing, hunting, woodworking, working with flowers and in the yard and most of all spending time with his family.

There will be a service held on Friday, June 2, 2017 at 2:00 PM at Zechar Bailey Funeral Home, Greenville, Ohio, with Pastor Steve Short officiating. Burial will follow in the Hollansburg Cemetery, Hollansburg, Ohio, where a Military Graveside Service will be conducted by the Greenville Veterans Honor Guard. Family will receive friends on Thursday, June 1, 2017 from 4-8 PM at the funeral home.

It is the wishes of the family that memorial contributions be given to the Beamsville Christian Church. Condolence for the family may be sent through www.zecharbailey.com