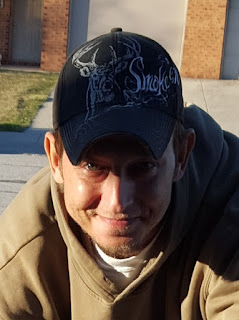 In addition to his mother David is survived by his, sisters and brothers in law, Kim & Chris Kermeen and Mindy & Derek Saylor both of Greenville; nieces, Krysten Wilson, Alexis Headley and Meghan Kermeen; nephew, Adam Kermeen; as well as several aunts, uncles and cousins.
David fought hard to overcome his struggles in life and his soul is at peace now. He was a beloved son, brother, nephew, uncle, cousin and friend. He bowled for several years and enjoyed fishing and being a big kid with his family.

It is the wishes of the family that memorial contributions be given to Men’s Fraternity in care of Castine Church of the Brethren. Condolences for the family may be sent to www.zecharbailey.com