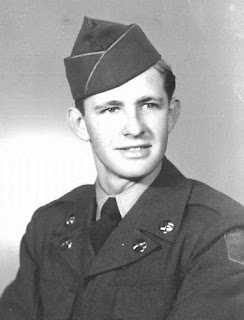 He was the son of the late John and Ruby (Kinnison) Schultz.

Herschel attended school in Covington and Gettysburg, Ohio. He served in the United States 8230th Army on the front line in the Korean conflict receiving the combat infantryman badge. He was later selected as a personal bodyguard in the Guard of Honor for General Van Fleet, Eighth Army Commander, at Eighth Army headquarters in Korea. After his military service he returned to Darke County where he drove a truck transporting eggs from area farms to Poultry Producers in Versailles, Ohio. He was also a farmer and later worked at the Cadillac Gage/Textron plant in Greenville where he retired in 1993. Herschel was known for his kind and friendly demeanor and dearly loved his wife and family.

He was preceded in death by his parents John and Ruby, brothers Leon Schultz and Dale Schultz, and brothers in law Richard Key and John Oliver.

There will be a service held on Wednesday, June 1, 2016 at 11:00 AM at Zechar Bailey Funeral Home, Greenville, Ohio, with Rev. Dr. Fred Bernhard officiating. Burial will follow in the Gettysburg Cemetery, Gettysburg, Ohio. Family will receive friends one hour prior to the service at the funeral home. A Military Graveside Service will be conducted by the Greenville Veterans Honor Guard.

In lieu of flowers it is the wishes of the family that memorial contributions be given to the State of the Heart Care or the donor’s choice. Condolences for the family may be sent to www.zecharbailey.com