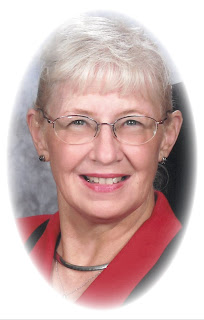 Dixie Jo Thompson, age 68, of Greenville, Ohio, passed away on Saturday, November 25, 2017 at 3:35 PM at her residence. She was born on September 1, 1949 in Darke County, Ohio, to Etheldean (Grote) Rhoades of Bradford, Ohio, and the late Lloyd Rhoades.

Dixie worked in the banking industry and was also a homemaker. She was a member of Oakland Church of the Brethren and the American Dorper Association. She was affiliated with the Lions Club in Gettysburg and a former member of the Order of the Eastern Star in Gettysburg. Each year Dixie enjoyed visiting the Darke County Fair. She loved the farm life and simply enjoyed the outdoors.

There will be a service held on Saturday, December 2, 2017 at 10:00 AM at Oakland Church of the Brethren with Pastor John Sgro and Rev. Dr. Fred Bernhard co-officiating. Burial will follow in the Gettysburg Cemetery, Gettysburg, Ohio. Family will receive friends on Friday, December 1, 2017 from 5-8 PM at Zechar Bailey Funeral Home, Greenville, Ohio, as well as one hour prior to the service at church.

It is the wishes of the family that in lieu of flowers memorial contributions can be made to the Wayne HealthCare Cancer division or State of the Heart Care. Condolence for the family may be sent through www.zecharbailey.com