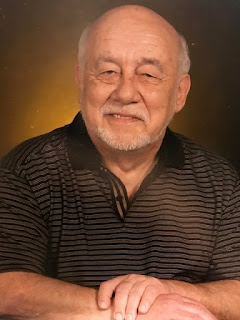 Donald Richard Wetzel (Don, Papa Bear, Pops), 80 years of age, died on Tuesday, December 6, 2017 after a short stay in hospice in Jackson, Mississippi. He was born in Gordon, Ohio on November 1, 1937 and while growing up on the family farm, Don was full of life and wanderlust. He joined the navy in 1956 and worked on the flight deck of the USS Wasp and on a crash crew at Barren Field in Foley, Alabama. Don returned to Ohio in the mid-1960’s and lived in Arcanum, Greenville, and Wayne Lakes, Ohio before moving to Nashville then Memphis, Tennessee and then to Jackson, Mississippi, where he resided for almost 30 years. Don had a unique personality that supported his careers in real estate and insurance sales. He was a life-long Cincinnati Reds baseball fan and enjoyed University of Tennessee and Mississippi State University football. Very important to Don in recent years were reunions with his fellow shipmates from the USS Wasp. He was loved and will be missed by the many whose lives he impacted.

Don Wetzel was preceded in death by his parents Jasper and Mary, his brothers Fred, Floyd, Ralph, and Carl, his son Rick, and his grandsons Danny and Sean. Surviving family include brothers Duane, Gene, and Jim and sister Marilyn, sons Terry, Tom, and Joe, daughter Sherry, granddaughters Kristen and Marisa, grandsons Austin and Jaden, great-grandsons JJ and Mason, and numerous in-laws, nieces and nephews, and other extended family.
Funeral attendees will gather at the Zechar Bailey Funeral Home in Greenville, Ohio on Wednesday, December 13, 2017 at 2:00-3:00 pm. Funeral services will be held at Oak Grove Cemetery in Fort Jefferson, Ohio at 3:30 pm, where Don will be laid to rest next to his son Rick and near other family. In lieu of flowers or cards, the family requests donations be made to either the American Humane Society or the American Legion in honor of Don’s brother Carl. Following the funeral service, a memorial and celebration of life will be held at the Arcanum Wayne Trail Historical Society, 123 West George Street, Arcanum, Ohio from 5:00 pm until 7:30 pm and continued at Miller’s in Arcanum from 7:30 pm until 9:00 pm.