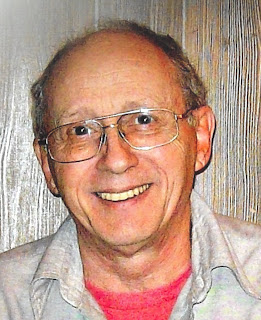 James was born October 8,1942 in Union City, Indiana, a son of the late Marvin and Edna (Poling) Erwin.

In addition to his parents, James was preceded in death by his brother, Richard E. Erwin, and his sister, Sharon L. Mayo.

James proudly served 24 years in the U. S. Navy and retired as a Master Chief in 1983. During the Vietnam War, he served 9 tours in Vietnam. In 1962, James was part of Operation Deep Freeze, which was an expedition to Amundsen Sea at the South Pole, which was covered by National Geographic. James was an amazing carpenter and wood worker. He loved making special gifts from the heart for his family. Most of all, James was a very loving and caring man, always putting others before himself.

A Celebration of Life Service will be held on Thursday, December 14, 2017 at 10:30 am at the Oliver Floyd Funeral Home in Greenville. Burial will be in Brock Cemetery at a later date.

Family and friends may visit from 5-7 pm on Wednesday, December 13, 2017 also at the funeral home.