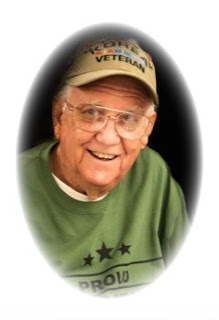 Robert T. “Bob” Olwine Jr. age 92 of Greenville, Ohio passed away at 7:14 PM Wednesday July 7, 2021 at the Brethren Retirement Community of Greenville.  Bob was born February 13, 1929 in Greenville and the son of the late Robert T. and Lessie (Runner) Olwine.

Bob and his wife Barbara were the owners of Fourman’s Mens and Ladies Wear and Fourman’s Bridal and Formal Wear retiring in 1999.

He was a Veteran of the Korean War serving in the U.S. Army.  A member of the First United Methodist Church, V.F.W., Masonic Lodge and Elks Lodge all of Greenville.  In addition, a past member of the Greenville Kiwanis Club, had served on the Greenville City Service Commission and much earlier years was active in the Boy Scouts and Little League Baseball.

In addition to his parents, he was preceded in death by aunts and uncles Martha & Byron Davenport, Virginia & Ray Delk as well as Blanche & Galen Fourman.