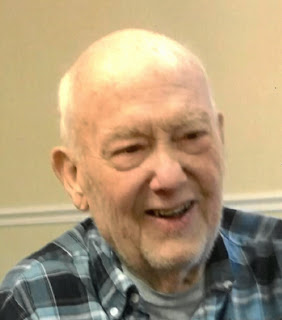 In addition to his parents, he was preceded in death by his brothers, Dan and sister-in-law, Becky Moody, Lee Moody and Jim Moody; and brother-in-law, JC Waymire; and a step grandson, Logan Starline.

Harry retired from New Idea in Coldwater after 45 years of service. He was a horseman his whole life and shared that love with his children, grandchildren and brothers. He would take his family, and anyone who would follow, to the horseman's camp at Brown Co. Indiana State Park for hours of trail riding. Harry was a wonderful grandfather. He could always be counted on to be at any sporting event they were participating in. June was the center of his world and he never wanted her out of his site. Harry was a faithful husband, loving father and supportive grandfather. Harry had a fighting spirit and would never give up. He was his family's protector and mentor. He leaves a hole that will never be filled. He will be missed.

A Celebration of Life Service will be held at 10:30 AM on Monday, October 23, 2017 at Oliver Floyd Funeral Home, Greenville, with Pastor Coleman Smith officiating. Burial will follow in Greenville Township Memorial Garden.

Memorial contributions may be made to State of the Heart Care, 1350 N. Broadway, Greenville, OH 45331.