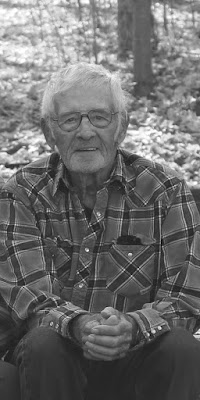 Robert Lee “Bob” Longenecker, 81 of Ansonia, Ohio, passed away on Saturday, September 30, 2017 at his residence surrounded by his loving family.

He was born May 17, 1936 in Darke County, Ohio the son of the late Treva (Lambert) Hangen. Bob was raised by his grandparents, the late Webster and Rachel Lambert.

In addition to his mother, Bob was preceded in death by his brothers and sisters in-law, Elizabeth and Ralph Christman, Harry Glasscoe, Sam Glasscoe, Jack and Cathryn Glasscoe, Tom Glasscoe, and Jerry and Phyllis Glasscoe.

Bob was a 1954 graduate of Greenville High School. He worked for 40 years at the Union City Body Company and retired in 2003. As a teenager, Bob worked helping other farmers in the county and eventually would own his own farm. He was a lifelong farmer and enjoyed it until the age of 79. Bob was a member of the infamous Whistle Stop Coffee Club.

Family and Friends may visit on Tuesday, October 3, 2017 from 4:00 PM until 8:00 PM at Oliver Floyd Funeral Home in Greenville.

A Celebration of Life service will be held at 10:30 AM on Wednesday, October 4, 2017 at the Oliver Floyd Funeral Home in Greenville, Ohio with Rev. Eric Fee officiating. Burial will follow in Abbottsville Cemetery in Arcanum, Ohio.

In lieu of flowers, memorial contributions may be made to State of the Heart Care, 1350 N. Broadway, Greenville, Ohio 45331.