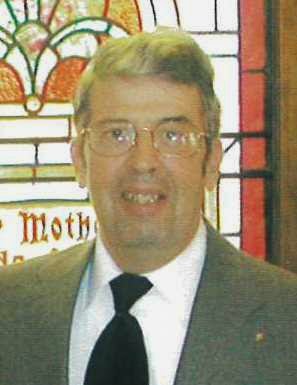 Roger is survived by his wife Bonita (Gasper) Moyer of Greenville, Ohio, whom he married on August 14, 1965; daughter and son in law, Kimberly & Brent Fourman of New Paris, Ohio; son, Lonnie Moyer of Greenville; grandchildren, Kyle & Kaitlin Fourman and Sean Moyer; brothers in law and sisters in law, Connie & Gary Bruner of Greenville, Chuck & Donna Gasper of Greenville and Jeff & Darlena Ringley of York, PA; as well as numerous nieces, nephews and friends.

Roger was retired and worked for Tate Manufacturing in Gettysburg, Ohio, American Air Lines, Emery World Wide and UPS all in Vandalia, Ohio. He was an avid fan of the Ohio State Buckeye’s and Cleveland Browns. He enjoyed NASCAR and especially Dale Earnhardt Sr. and Jr. He was a Graduate of Greenville High School Class of 1963 and a member of the Fort Jefferson United Methodist Church. Roger was extremely patriotic and loved animals but most of all he enjoyed spending time with his children and grandchildren.

In addition to his parents he is preceded in death by his brother, Donald Moyer and sisters, Shirley Riegle and Phyllis Shuttleworth.

There will be a service held on Saturday, January 31, 2015 at 1:00 PM at Ft. Jefferson United Methodist Church, 3856 Church St., Ft. Jefferson, Ohio, with Pastor Doug Baker officiating. Burial will follow in the Oak Grove Cemetery, Ft. Jefferson, Ohio. Family will receive friends from 11:00 AM – 1:00 PM at the church. Arrangements are under the direction of Zechar Bailey Funeral Home, Greenville, Ohio.

It is the wishes of the family that memorial contributions be given to the American Diabetes Association or donor’s choice. Condolences for the family may be sent to www.zecharbailey.com