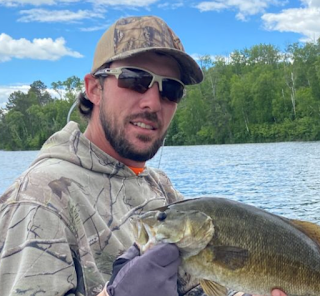 Chase Michael Spencer, 35, of New Madison, Ohio, passed away unexpectedly on Monday, December 21, 2020, as a result of an automobile accident.

Chase was born on November 7, 1985, in Richmond, Indiana, to Toby Spencer of New Madison, and the late Rebecca Ann (Napier) Spencer.

In addition to his mother, Chase was preceded in death by his paternal grandfather, Lowell Eugene Spencer, and his maternal grandparents, Christopher and Maxine Napier.

Chase was a 2004 graduate of Tri-Village High School. During school he was very active and played several sports. His love for sports continued after school and he enjoyed playing golf with his family and friends. He liked the outdoors and was known for his love of hunting and fishing.  Chase enjoyed motocross and spent several years racing and was planning on returning to the track in the near future. In his free time, Chase would play cards and darts with his friends, and would often spend afternoons at the horse racetrack. He was always the life of the party and enjoyed joking with others to make them smile.

Chase had a work ethic like no other. He was passionate and particular in all that he did. He worked along the side of his dear friend, Brian Jones, and loved Brian’s family as his own. Chase had lots of friends that he considered family. To Chase, blood meant nothing. Everyone was his family, and he was a part of the “brotherhood,” which is inseparable.

In addition to his father, Toby and his significant other, Deb Thobe, Chase is survived by his daughter, Annabeck Lynn Spencer; his many kids that he loved as his own, Jason, Kasen, Quinton, Mady, and Taylor; his girlfriend, the love of his life, Eliza Bair of West Elkton, Ohio; his brothers, Nate Sebring, Aaron and Chantelle Sebring, and Justin Spencer and Marissa Steen, all of New Madison; his paternal grandmother, Wyoneda Stephens of Hollansburg, Ohio; and numerous aunts, uncles, and friends.

In lieu of flowers, memorial contributions may be made to Chase Michael Memorial Fund.