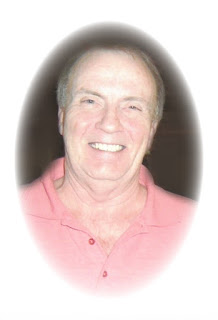 Doug retired in 2006 from the US Post Office where he had been employed for 38 years as a Postal Clerk.  He was a veteran serving in the US Army from 1966 until 1968.  Also a member of the Greenville Missionary Church, the Greenville V.F.W. and Moose Lodge.  He enjoyed bowling, square dancing, playing euchre and years ago had coached the softball team for his daughter Rae Lynn.  Doug was a 1965 graduate of Greenville High School and had been involved in the Big Brothers and Big Sisters program.

In addition to his parents, Doug was preceded in death by his brother Rev. Gregory Errgong Weider May 2020.

Private Funeral Services will be held at the convenience of the family in the Zechar Bailey Funeral Home Greenville, Ohio with Pastor Gary Oser officiating.  Burial will follow in the Greenville Township Memorial Gardens.  The Greenville Veterans Honor Guard will conduct Full Military Honors at the funeral home.

The Private Family Only Service Funeral Services will be Live Streamed on Tuesday January 5, 2021 at 11:00 AM on the Zechar Bailey Funeral Home Facebook Page.

It is the wishes of the family that Memorial Contributions be given to Greenville V.F.W. 219 N. Ohio Street Greenville, Ohio.