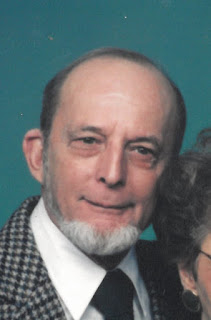 He was born September 7, 1935, in Frenchtown, Ohio, to the late Theodore & Esther (Bulchur) Goubeaux.

Joseph retired from Fram where he worked as a toolmaker for 25 years. He had a great passion for the Stock Market and admired Lee Iacocca, Marty Zweig and Louis Rukeyser.

Joe had a true love for poetry and would often recite passages on a whim. One of his favorite poets was Edgar Allen Poe.

"And the fever called Living / is conquered at last" - Poe

The family will be having a private service in Joseph's memory.

Memorial contributions may be made to State of the Heart Hospice, 1350 N. Broadway Street, Greenville, Ohio 45331.